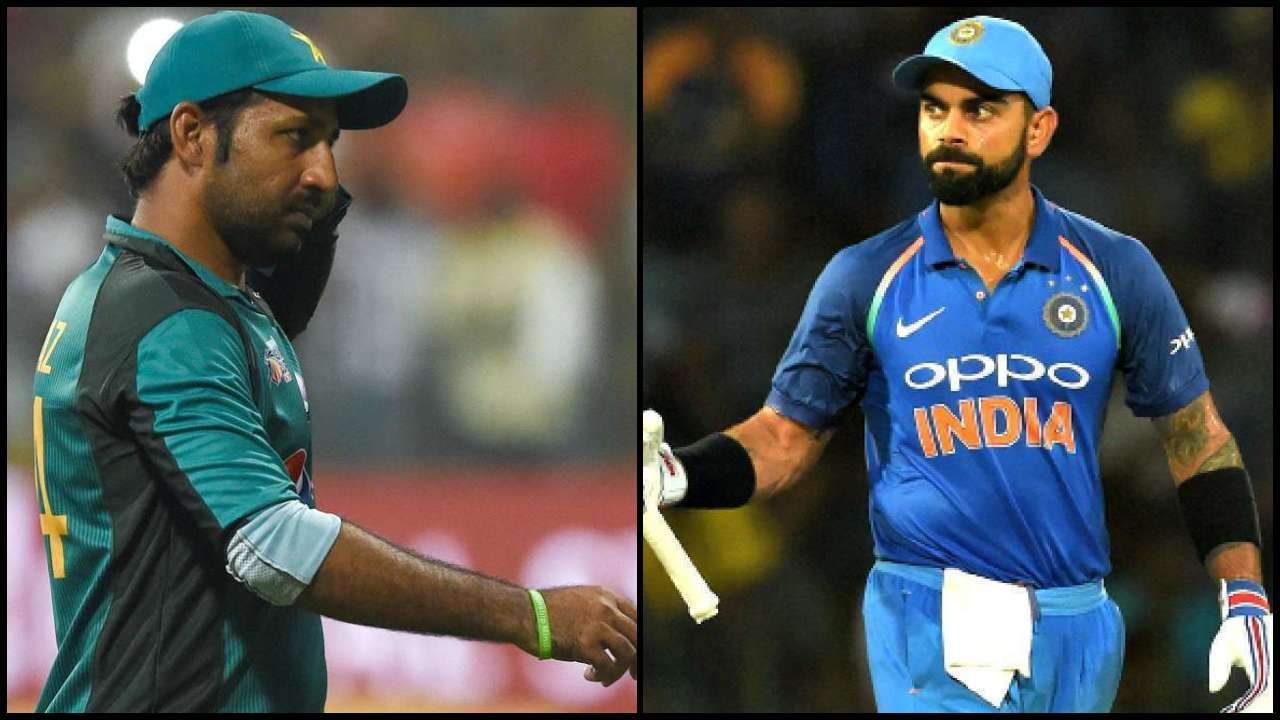 It will be madness on the 24th October when India and Pakistan lock horns against each other in the ICC T20 world cup. The Big match will be all about emotions, passion and the team who handles the pressure well will eventually win the match.

In this feature we look ahead at the 5 fittest players that will be playing in the India and Pakistan match in the ICC T20 world cup. These players are selected on the basis of their ability to be dynamic on the field which allows them to excel under pressure.

The Pakistani wicketkeeper batsman is a bundle of energy whether he’s behind the stumps or batting. Rizwan has taken his game to another level in the last one year and has become a dependable player for his side. This transition has only happened after Rizwan started focusing on his training and became much fitter.

He’s now stealing those extra runs while batting which is the reward of all the hard work he has put in the gym. Rizwan is undoubtedly one of the fittest Pakistan players and he will have a key role in the match against India on Sunday.

Another very fit Pakistan player that will be playing against India in the ICC T20 world cup is Shahdab Khan.He’s a live wire in the field and is always fielding at hotspots and saves precious runs. Shahdab is effortless in the field and hardly makes any mistakes which makes him a very unique Pakistani cricketer.

The youngster also is a brilliant fielder of his own bowling and then with the bat too he’s able to convert one into twos as he’s incredibly fit. Shahdab will be keen to contribute in all 3 departments when his side faces India in the T20 world cup.

The Pakistan skipper Babar Azam leads by example when it comes to fitness. The 27-year-old understands his game and to constantly improve his fitness focuses on endurance training which allows him to be explosive while playing.

Barbar is not a power player and depends on taking quick runs when he’s batting. Also, he’s extremely sharp in the field and hardly drops any catches which makes him a complete cricketer. The match against India will test Babar mentally and physically and his fans will be hoping that he’s in the right state of mind and at the peak of his fitness against arch-rivals India.

One Indian player that makes things happen when he’s in the field is Ravindra Jadeja. The Indian all-rounder is a natural athlete and the most dependable fielder of team India. Jadeja trains extremely hard in the gym and when you combine it with his insane genetics, he becomes a supremely fit athlete.

The 32-year-old makes it look ridiculously easy when he slides, stops the ball and throws all in one motion. Then when he’s batting, he has this brilliant knack of stealing quick singles and doubles under the eyes of the fielders. Jadeja is a dream for any captain and Virat Kohli will depend heavily on his ace all-rounder in the big match against Pakistan on Sunday in the ICC T20 WC.

Talking about captain, the numerousness in the list of fittest players has to be Virat Kohli. The Indian captain has completely transformed his life all thanks to fitness. No longer he’s a chubby boy from Delhi who was once criticised for not being fit. Now, Kohli is a machine and trains the hardest in the gym before any big match.

Kohli has mastered compound lifts such as snatches, front squats, lunges and deadlifts which makes him game ready and keeps him in incredible shape all year round. His body now hardly has any fat as he only eats food which helps him to pack on lean muscle mass. Kohli is a true role model for all cricketers and has completely changed the fitness culture in Indian cricket. For the match against Pakistan, Kohli will be taking care of his fitness which will allow him to excel and do special things again.